On: Nov 11Author: adminCategories: Ramblings of a Wicked Queen 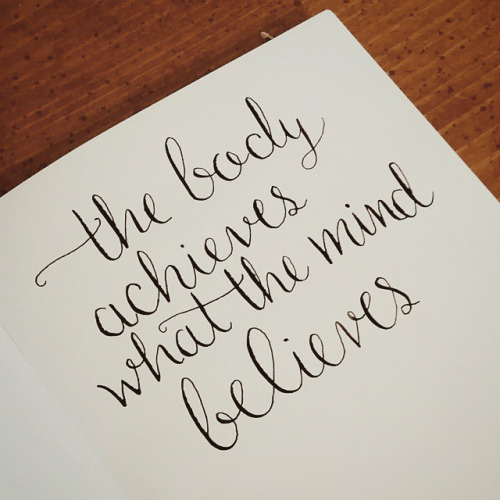 But Did you Die though?

So you have made the decision to start working out. Yes! This is the first step of the journey! But suddenly you don’t know where to start. Or maybe you have decided to try out a class, but are suddenly feeling anxiety about it. “I need someone to go with me”, “What if I’m the only new person”, “I don’t know what to do in a gym”, “Everyone is going to be looking at me”, “What if I’m the most unfit person there”, “I don’t feel comfortable working out in front of people”, and the list goes on and on, and suddenly you are talking yourself out of your decision for a healthier you, before you even start.

Did you know that over half of your fitness journey is actually a mental one? The first step is forcing yourself out the door and in to the gym or class. When I was getting ready to go to boot camp for the Marine Corps, you know what my biggest fear was? Running. It wasn’t the Drill Instructors, getting up a 4am, or even the thought of going to the gas chamber like most recruits dread. It was the simple thought of running and how I had to run 3 miles for my PFT, and I was a terrible runner. I did pass my run in boot camp… I was one of the very last few recruits, but I passed.

If I only knew then what I know now about mental mindset and physical training, I probably would have done much better. When I got out of the Corps, I was looking to lose weight and thought I had to run. It was like a nightmare. I would dread it. I would put it off as long as I possibly could, and then as I start out and am running down the street I’m literally thinking 15 excuses as to why I had to turn back… “I have to pee”, “my ankle hurts”, “damn, why does my knee feel like that”, “I wore the wrong sports bra”, and the list again goes on and on. I was already in motion, half way around the block, still making mental excuses. If only I had not dreaded it so much and thought about all the “ I think I can’s” and “ I know I can’s” and the “ I will’s!

I realized later in life if I took all the excuses and the same mental force I used thinking how I couldn’t and put a positive spin on it, how different things would have been. If I focused on all the things I could do, instead of the ones my body wanted to fight me on, I would have better results quicker. It didn’t dawn on me until much later in life that although my body thought I was going to die during physical activity, I never actually died. Although my lungs were absolutely certain I couldn’t breathe and I didn’t have enough air, there was indeed plenty of oxygen in the air and my body was doing exactly as it was supposed to. You see the first step is getting out the door, and starting your workout, whether that’s in a Wicked Fitness class, or at a gym. The next step is mentally pushing through your workout. When you feel like you just can’t, push just a little bit further. In this “I’m going to die” moment, that’s where big changes occur to NOT just our physical bodies but our mind. Our mind is truly where all our power resides anyway.

So, you did it! You made it through your workout and didn’t die! Now you go home and want to eat the first thing you see. Slow your roll, home slice. That will sabotage the hard work you just put in. The rest of my family is eating pizza and I just worked so hard is not a valid reason. The next hardest thing is mentally training yourself to eat healthful foods to benefit your body and help you reach your goals, even when you are surrounded by poor choices and possible bad decisions. If you are like me, late night temptations will whisper in your ear like a devil…..Stay STRONG!

Finally, you have to train your mind and not just your body to keep going! Just because you worked out and did really well on your eating plan for a few days, or a week does not give you permission to suddenly go crazy. Results take time, hard work, and dedication. That extra 20, 30, 40, 50 plus lbs did not go on overnight, and it’s not going to come off in a few weeks of eating right and working out. You are going to have to sweat and work really, really hard for it. You may have to wake up extra early just to get your workout in… yes… we know it’s way easier to stay in the bed a few minutes longer, or stay up a little later watching that T.V. show. Hard work, commitment, and sacrifice are the only things that truly create change , but the mental work you put in to make the physical happen will leave you a stronger, more confident, healthier YOU. That YOU is incredible and can accomplish anything. KNOW you can. See it in your mind. Believe it. And keep going!

excuses, fitness, fitness and exercise, health and fitness, mind over matter, weight loss, Workouts
← Own Your Own Story
→ Wicked Guide to Surviving the Holidays